On Saturday we headed to far northwestern Washington for the fabulous Tour de Whatcom, which we’d heard about when we met the Mount Baker Bike Club folks after the Ann Ride in Walla Walla.

This was yet another spectacular ride on yet another picture-perfect day, with views of Mount Baker, Birch Bay, Bellingham Bay and … Canada, during the stop in Blaine, which is one of the border crossings. Here’s the route. We rode for awhile with several very nice Canadian groups, including the Vancouver Velo Vets and Ride 2 Survive. (Now we want to check out some rides up there).  We also did some stellar pacelining with two guys who came from Kentucky and who very much appreciated the low humidity and soaring scenery.

Besides the scenery, we love the name of the place, and its overall vibe. What’s a Whatcom?

Early morning rays as we head out of Bellingham

Some of the strong groups we tagged along with 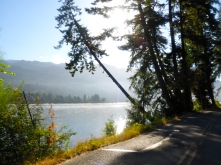 Merlin, one of many highlights of the first rest stop

“Welcome to the Kingdom!” 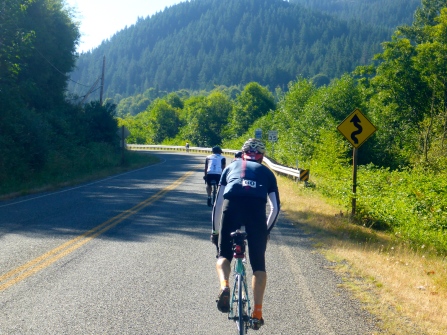 Leaving the Kingdom, back on the winding road

Pretty good shot, for being on the bike 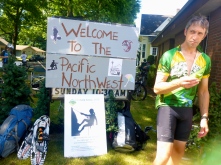 Blaine, on the Canadian border 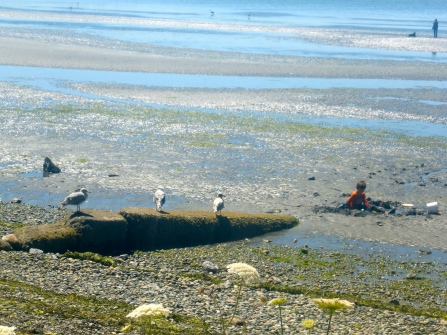 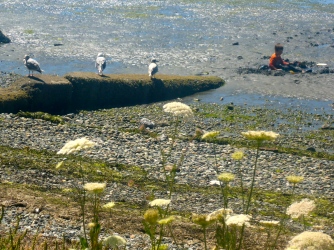 We liked this scene, obviously 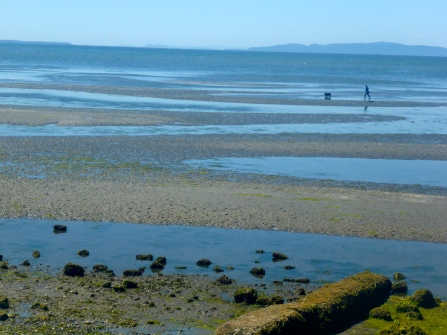 Music at one of the rest stops!

Mount Baker in the distance 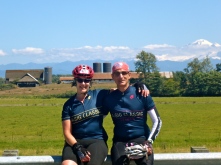 Taking a pause to enjoy the scenery

One of the Ride 2 Survive leaders

Random person on the road 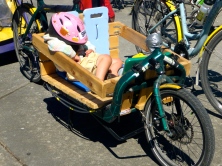 No, we didn’t do this. Though we WOULD have … 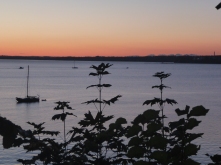