We arrived in Seattle at the beginning of December, and after just a few days of the winter gray we knew what we wanted: a White Christmas. Mission accomplished in Leavenworth, a self-styled pseudo-Bavarian village in the Cascades which, while admittedly hokey, is downright charming in all its Christmas glory.

Sadly, our photos of the town itself went missing. But the countryside shows a big part of our holiday story 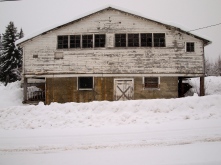 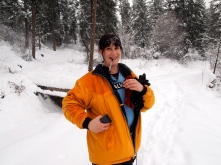 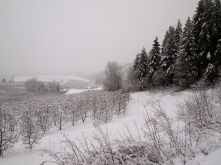 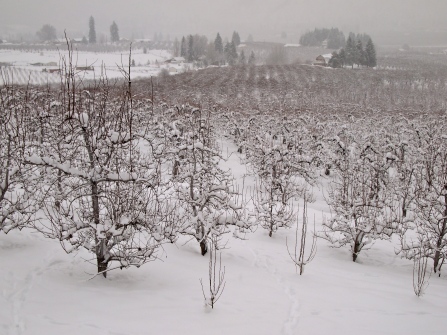 We spent Christmas Day snowshoeing (Paula’s first time) in the woods behind the Beecher Hill House, the historic and delightful inn where we were staying. Pristine beauty, sparkling and pure, just glorious.

For added excitement, we discovered that Paula’s new Hyundai Elantra GT (bought upon moving to Seattle, after 12 car-free years in NYC) is a disaster in snow. Great in every other way, including massive cargo space for that size of car. But awful in the snow. Taking after its climbing-challenged owner, it couldn’t make it up the minimal hill on which the Beecher Hill House sits. After repeatedly trying and just lodging ourselves in more deeply, we just left it there (and watched as the two other cars that came by zipped up the incline.) The inn’s very accommodating owner came down to tow us out the next day.