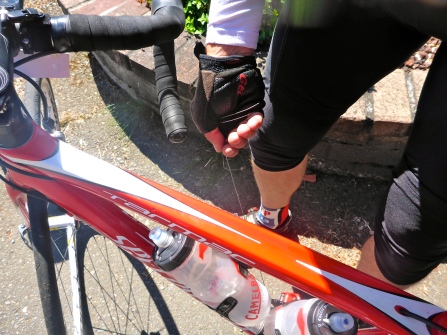 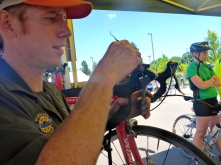 Conveniently, this happened just a mile from a rest stop and mechanics from Montlake Bikes. 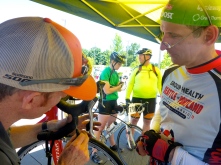 Ben discovers that the shifter is the culprit, on a mission to destroy RD cables.

Great News: He has an extra friction shifter on hand. Life is great!

This made it possible to finish the ride.

The STP ride was going really well — until Paula’s rear derailleur cable broke at Mile 67 — for the second time in just few months.

Fortunately, Ben from the Montlake Bike Shop in Seattle was working his magic at a rest stop just a mile down the road. And he came up with an ingenious solution that made it possible for Paula to keep riding not only the first day, but all of the second.

This story is to be continued … stay tuned.

Writings on my bicycle racing, riding, travel, and other random bits...