After the Tour de Lavender, we stayed overnight near the Dungeness Bay in Sequim and took a little stroll by the water that night. Here we discovered that the old adage about “the best camera is the one you have with you” doesn’t really apply when you have a DSLR and good lens back in the room, and just a smartphone and a point-and-shoot with you.

We just hadn’t expected to see eagles when we set out that night. But there they were, our official Sequim Welcoming Committee. Fortunately the Lumix DMC-TS5 has a little zoom lens, which was better than nothing. But oh for that longer lens! 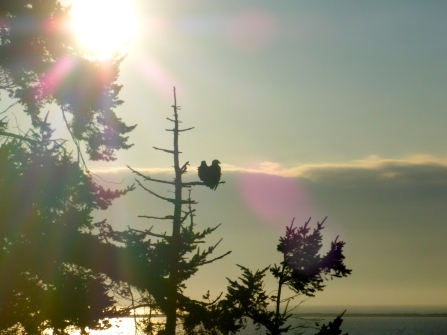 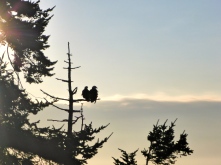 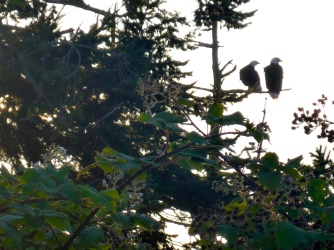 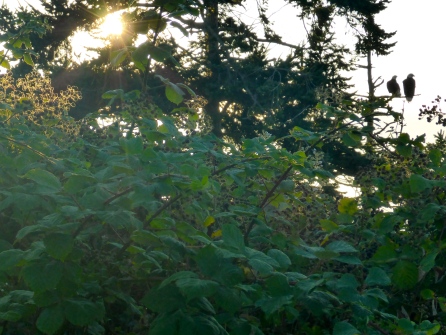 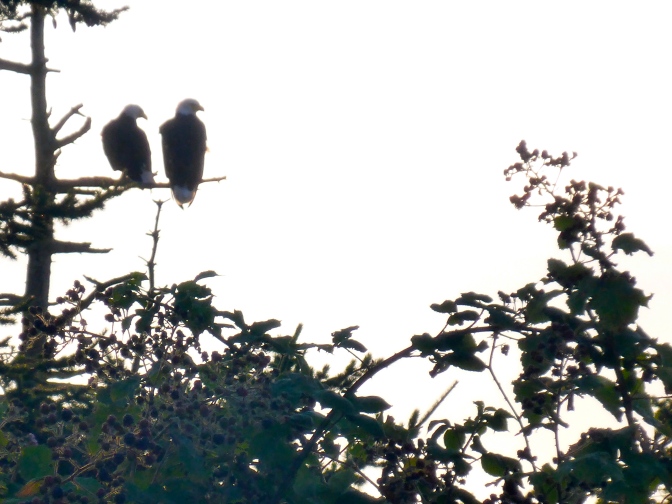